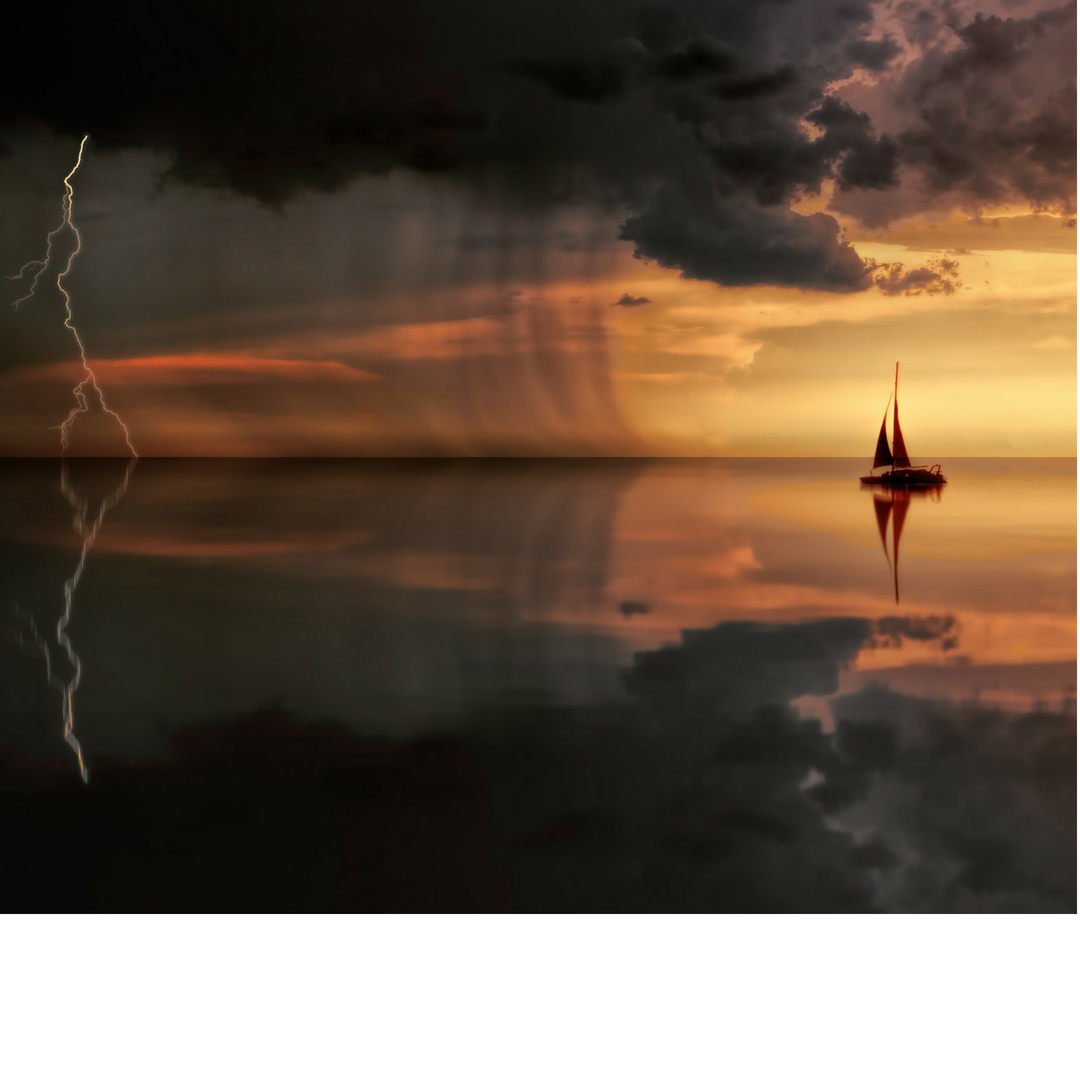 I have a photograph hanging on the wall in my office of a lioness lying amid tall grass. The first time I saw it, I was completely taken with how I felt when I looked at her.  The name of this picture is, “Tranquility” and for me it exemplifies what it means to be fearlessly calm…quietly powerful!

Every time I look at her, I’m reminded to focus on who I am rather than what is happening around me.  She also reminds me that fear is often not real outside of my mind and remembering this, along with what I have already overcome to date, is the key to dealing with anything, regardless of how much it may scare me!

This leads me to the topic I’d like to discuss today.  FEAR. My least favorite word!  A quick web search will bring up hundreds of quotes on the subject, but they all seem to dance around exactly how to manage it. So today I want to suggest some ideas and tactics for doing just that…but first, I want to emphasize how important it is to be able to recognize and heed when your fear is legitimate and serving you.  After that, we can discuss how to decipher when it is doing the opposite and should be viewed as nothing more than an opportunity for you to get better at handling it. These are the moments when your mind is actually working against you and the signals need to be scrutinized and often times, ignored. This is the part that will take practice!

So, what exactly is fear?

In its purest form, it is simply a response to such quick and subtle stimuli that it is virtually impossible to recognize it until it has already been processed. In fact, the sections of the brain responsible for gathering “threat input” work independently and bypass those parts that typically help with interpreting and navigating “normal” or non-threatening stimuli. While this primitive defense system serves us well when we are in fact facing a real threat, it can be difficult to decipher when that actually is!

There are some great books on the subject of exploiting our intuitive (primitive) fear signals. One of my favorites is, “The gift of fear,” by Gavin De Becker.  I think this book should be required reading (especially for teenage girls) because it does a great job of explaining how to leverage this intuition in order to avoid precarious situations in the first place and also addresses the various types of threats, so we can be prepared to recognize the signs before a situation becomes life threatening.

In a nutshell, there are three basic responses to fear:

De Graw addresses all of these reactions and also discusses how social conditioning has worked against us (especially women) by programming us to ignore our gut when it tells us we are in danger if doing so could be interpreted as a social slight! Think about it ladies…how many times have you been waiting for an elevator alone and when the doors opened there was a man inside who made you uneasy for some reason that was not obvious to you? Did you step into the elevator anyway? If so, you have been a victim of the social conditioning that De Graw speaks of in his book!

On the opposite end of the spectrum are the fears that disguise themselves as the “real deal” and often elicit physical and emotional reactions that would be appropriate if we were truly in danger, but are in reality nothing more than warped or inappropriate response to a threat that ISN’T EVEN THERE!  The fear of heights (when you are NOT in a situation where you risk actually falling to your death) and the fear of public speaking, are good examples of this.

So let’s consider a visit to a very tall skyscraper like the Sears Tower in Chicago, with its extended, glass floored observation deck at the top. If you have any degree of acrophobia and have been there, (or have visited a similar high-rise tourist attraction) think back to how you felt as you made your way to the tower. I’m going to go out on a limb and guess that the feeling was nothing short of paralyzing. If you actually pushed through and made it all the way to the top, your level of anxiety was likely nearly identical to that which you would experience standing on the edge of a cliff with nothing between yourself and a 1/4 mile drop to your death. It makes no difference that the actual danger to you as you stand inside “The Deck” is non existent…your fear response to this type of fear is NOT rational or calculated.

Ironically the discomfort experienced is likely worse in this scenario because your brain has more time to play with it. It is often said that the anticipation of facing a fear can be much worse than actually doing so…think back to your childhood and the terror that overtook you when you heard the doctor tell the nurse that you needed an injection or blood test…

So, how about the fear of public speaking?  To my knowledge, no one has ever actually died from speaking in front of a group and I could be wrong, but technically, even if that has happened, the coroner would not have classified it as “death by speech.”  Kidding aside!  If you have ever spoken in public you know the fear response I am talking about. Notice how similar the physical and emotional responses to these very different situations can be. These fears, the type that are not tied to a physical threat, are the type that will pay the greatest dividends to us if we can overcome them. So let’s focus our attention in that direction.

If you have read any of my previous blogs, you may have read, “Fork in the road,” where I assert how important it is to, “start walking.” That contention has everything to do with the “practice” that I spoke of earlier.  Becoming proficient at not only deciphering but pushing through our irrational, “fake fears” so that we can avoid getting stuck in a hallway is every bit as important as training ourselves to disregard those social pressures that would have us ignore that “gut feeling” that is in fact a valid warning of danger.

This may come across as a little trite, but, just like building self esteem, the only way I know of to actually manage and overcome “fake fear” is to move through it!  Simple enough, right? Wrong…and the main reason is our own brain chemistry! This leads me to remind you of how narcissistic and NOW orientated your brain is.  It also leads me to introduce you to my second least favorite word…SUGAR, because it is your brain’s favorite “go-to” for everything from boredom and loneliness to dissatisfaction and frustration. It’s even, ironically, the first drug we will turn to when we are unhappy with how we are dealing (or not dealing) with these fake fears that are holding us back. Imagine that!

Sugar is like a stealth and insidious enemy disguised as a comfort, ally or pacifier because it is a Trojan Horse of sorts.  It actually weakens us against the things we fear most and quite literally shuts us down by highjacking our emotions and distorting our perspective, making it difficult to decipher which fears are real and which are not. In fact, turning to sugar in any form, in an attempt to soothe or make sense of pain you may be feeling is akin to being out on the open ocean on your sail boat with a storm off in the distance and choosing to steer, full speed ahead, toward that storm, rather than returning to the calm waters from which you just came. Another analogy (for those of you who aren’t into nautical ones), would be deciding to bind and gag yourself at the first sign of an intruder before he has actually broken into your home. Hopefully the photo I chose for this entry and the visual that came up for you when you imagined the “break in” are enough to give you at least a little incentive to take an accounting of the role sugar is currently playing in your life.

In as little as a week without it in your diet you will feel a difference, both physically and emotionally.  It is literally like having a lightbulb that was previously burned out somehow re-connect with its power source and turn back on.  I’m not exaggerating when I tell you that it can be nothing short of life changing. I have seen people forget about things that used to haunt them on a daily basis and suddenly come up with solutions to problems that vexed them for years, after clearing their diets of this one impediment. In short, a diet free of sugar literally makes you smarter and more CLEAR.

So why does this seem so simple? Because it is!  Simple, but not easy. The good news is that once you have taken this first step toward managing your fears, the rest is so much easier because you are able to get out of your own way. You will have freed yourself to move toward becoming that person who can walk through the middle of a “storm ” without having so much as one metaphorical hair on your head move in response…like my lioness.

Sugar is a roadblock to your empowerment. It feeds and distorts your fears.  It also clouds your judgement around how best to respond to them. Any comfort it may give you is false and temporary. Clear it from your diet and you will know, first hand, why I say this…

Remember, the only fears worth responding to are those that serve to warn you of possible harm…

When they do pop up, LISTEN TO THEM and FOLLOW THROUGH WITH WHAT THEY ARE TELLING YOU…QUICKLY! Disregard any social pressure that tells you otherwise – regardless of its origin.

Next, remember that every other “fear” that pops up should be closely examined/scrutinized. If it turns out to be “fake news” (had to say it :), that is your cue to use it as practice…

Make a list of those “fake fears” that have been holding you back and list them from weakest to strongest.  Start at the top and literally:

“If you find yourself in Hell, keep moving… don’t stop and look around!”

Your REWARD for directing your focus and energy on these simple (but not easy) steps as often as you can, will be your own version of the “tranquility” that my lioness embodies!